A scared space is an energetically safe and pure area in which healing can take place. Creating space is an ancient shamanic rite that is practiced across many cultures to access and honour the powers of creation.

A shaman has a special connection with spirit and when he calls spirit answers to assist with healing work. With kambo the spirit of shaman Kampu is called which lives on in the kambo frog.

Inside a sacred space everyone is protected and healing can take place.

My particular way of creating a space was passed on to me by a shaman of the upper Amazon and has been adapted for the purpose of opening a kambo ceremony.

Evoking the Power of the Four Directions, Father Sky and Mother Earth

The four directions correspond to the cardinal points of South, West, North and East and in Peruvian shamanism also to the spirits of particular animals which I've listed in both English and Quechua languages.

Along with the four directions, there is also up to the heavens and down to the earth:

Starting East where the sun rises and moving clockwise I blow the sacred jungle tobacco Mapacho in the 4 directions to help clear energy from the space that doesn't belong there and also to attract positive spirits to the healing space. Finally mapacho smoke is blow up to the heavens and down to earth with the ground touched by a finger.

Mapacho is a natural Amazonian tobacco with the latin name nicotiana rustica. It is well known to have cleansing properties for the body, mind and spirit. Mapacho has zero tar and unlike commercial tobacco - nicotiana tobacum which contains up to 30% tar.

After the space has been opened a candle is lit which is used to create the small burns for kambo.

To close the ceremony the spirits are thanked and released and the candle is extinguished. 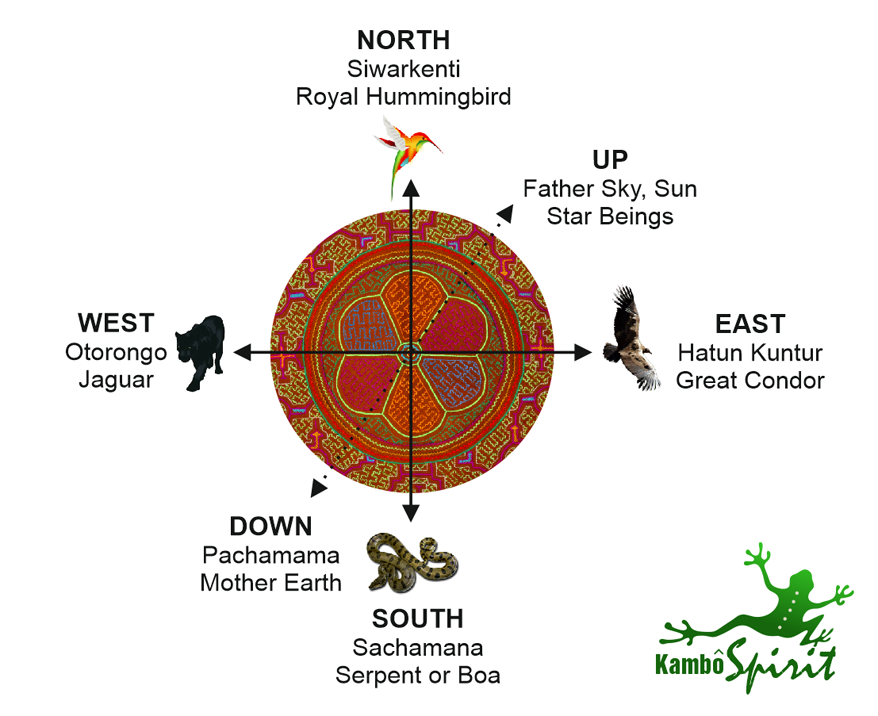 I welcome your enquiry

The Spirit of Kambo. Haux Haux!

Who's Online At Kambo Spirit

We have 67 guests and no members online

I offer the safe provision of Kambo as a highly-trained IAKP Advanced Practitioner with a purpose to serve your needs. Kambo is not to be approached lightly, nor in ignorance or disregard for contraindications and your own safety. Please do not avoid clinical diagnosis, conventional medical practice, tests, assessments and procedures.